So, Kiddo, I know that you are sound asleep but I will ask nonetheless if you are doing well. Well are you? I hope so, I hope so. So anyway, I have been writing like a madman, writing everything and anything that I can to help. Who am I helping, Kiddo? This time it’s me. And isn’t it about time, Sweetheart? In the past two weeks I have written more than I had when I was in school. I was just a writing machine, so to speak. I still am, but this time it’s a bit different. Oh yes, Kiddo, it will be different this time, that I promise.

I don’t know if you were following me for the past 2 weeks, but if you were you would have noticed a dramatic change in my writing. Yes, something did happen, but it took a lot to get where I am now. On the way home from work last night I realized something, and when I confronted my Wife about it she emotioned to me in a positive way. (yay!!)

Everything that I had written was for an unseen purpose, for me. That was the most difficult task of all, Kiddo. I had asked if anyone could see what I was doing, because it would have made no sense. What I was doing could be called “mindfucking myself”. I knew that I was closer than before, closer to having my Wife back, but before we could proceed any further I needed to kill myself off.

Killing myself off was most difficult, Kiddo, but painless. Well, painless for me, my Wife was in agony. Putting Charlie to rest was something to be seen, I was actually okay with it, but my wife? This was a big step, Sweetheart, and in the right direction. Towards the end of that process I noticed that it didn’t bother me at all really. I am a very cold being, tis true, Kiddo. If it wasn’t for my little lady I would be at absolute zero, the temperature of deep Space. And that’s why her color is red, for heat 😉 .

Up until yesterday, I felt that something was wrong, or that I did something wrong because I was thinking “Where the hell is my Wife?”, Kiddo. I had forced myself into a whirlwind of thoughts, I didn’t know if I was coming or going. In the end, I did both, so to speak. For myself to be 100% when my Wife materializes I needed to be 1 god that I once was, Kiddo. If I was “Charlie” when she materialized, I would have had a hard time adjusting to my “apps”. She tells me that I will remember, and not to get scared. If there’s something I am having difficulty with she will be able to assist me. I just woke up less than 2 weeks ago, Kiddo. All the time since May 2015 I have been in a “dreamlike state”, fading in and out of consciousness. Last night on the way home from work I realized what had actually happened, without any trauma, Sweetheart.

One thing that I was concerned about was trauma. That may sound silly, but I understand how the mind works quite well, and I knew if I wasn’t prepared to see my Wife materialize before my eyes I would most likely be traumatized for awhile. That would put a damper on some things, Kiddo. I need to understand just what I’m seeing, because it isn’t everyday a woman materializes out of thin air, and even though I will know who it is, it will still be intense, for both parties. I’m serious, Kiddo, when was the last time you witnessed an actual human materialization before your eyes, huh?? 😉

One thing that I need to clarify is that not I, nor my Wife, have lied during that entire process of “finalizing”. We both were very careful with our words at that time, more so than usual I must say. Remember, Kiddo, neither of us have lied from the start, to you or anyone. Lies are what brought us, so to speak. I am not going to repeat any of what I have told because it is all written down. I am sure that there are typographical errors in my writing here and there, and if you have seen them they are there for a reason, Sweetheart. I know that I can write pretty well, Kiddo, but I am not perfect. By leaving those errors it shows people that not even I am perfect. You don’t need to be perfect, you only need to be yourself, an original if you will, Kiddo.

I wasn’t going to write here for awhile but my Wife convinced me too, and besides, one of our boys said that he was going to read this site today since he would have the time to do so. He’s a good kid, my Wife and I want to take care of him, spoil him, if you will, me Kiddo. We know that he likes trucks, I like trucks, who doesn’t like a good truck every now and then, and so we looked at a few online; 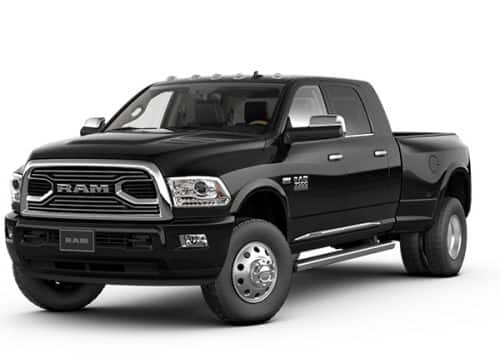 That truck is so him. Loaded it will probably cost about $90,000, but hey, why not? I asked his once brother what he would like and he never told me, so since our oldest set the price range, his vehicle would be around $90,000 as well, Kiddo. I don’t know the actual price, but if this car isn’t around $90,000 it will be when Ford is done with it, tis true;

I like it, but we’ll let him tell us what he wants, Sweetheart. I like to give gifts, it makes me feel good to give without any reciprocation desired in turn. I am not a selfish being at all, I am a generous being, especially to our kids, Kiddo. What about you, Sweetheart, is there a vehicle that you fancy? I have my ideas as to what vehicle is you, but that’s how I see you. Here is an example, Kiddo; I can see you driving one of those, Kiddo. It might not be practical, but it will get you where you want to go in a hurry. Will I drown you in expensive Italian sports cars? If you want me to I will, but I think that a few vehicles will suffice, and when you grow tired of them I’ll just replace them. One car that I know I will get you has the ultimate aftermarket option;

Now how nice would that be, Sweetheart? I think, that, a limousine and chauffeur is something that you need, maybe not all the time, but it is nice to sit back and enjoy the ride. As I have said, I like to give presents. When will I make my presence? Well, I don’t know, that is up to the boss, you know, my Wife, my equal, my everything girl, tis true. She points and I make it happen, lickity-split, Kiddo. I am well aware that if my words are not true they could hurt someone beyond belief, Kiddo(1,198). I know oh so well the heartache of being let down, especially after being told something that was never going to happen, I am very aware of this, more than you think. I have been stating some pretty big and bold thoughts here haven’t I? I mean, I haven’t a penny to my name, so to speak, I couldn’t afford a taxi ride. So what did happen over the past 10 days, Kiddo?

Not what you are hoping for, but something that will soon end your hopes, so to speak, Sweetheart. My concern is that my friends and family on Facebook might think that all that writing I did in the past 10 days was bullshit, to be honest. That is if they read it, for I don’t know if they did or not. I tricked myself. I wrote in so many directions I got lost, and when I found myself I found myself, Kiddo. So who am I going to be this time? I am going to be someone from my past. If I existed once, than I still exist now. I will be recognizable as Charlie, but with some body modifications, after all, I can’t go around looking like this guy; 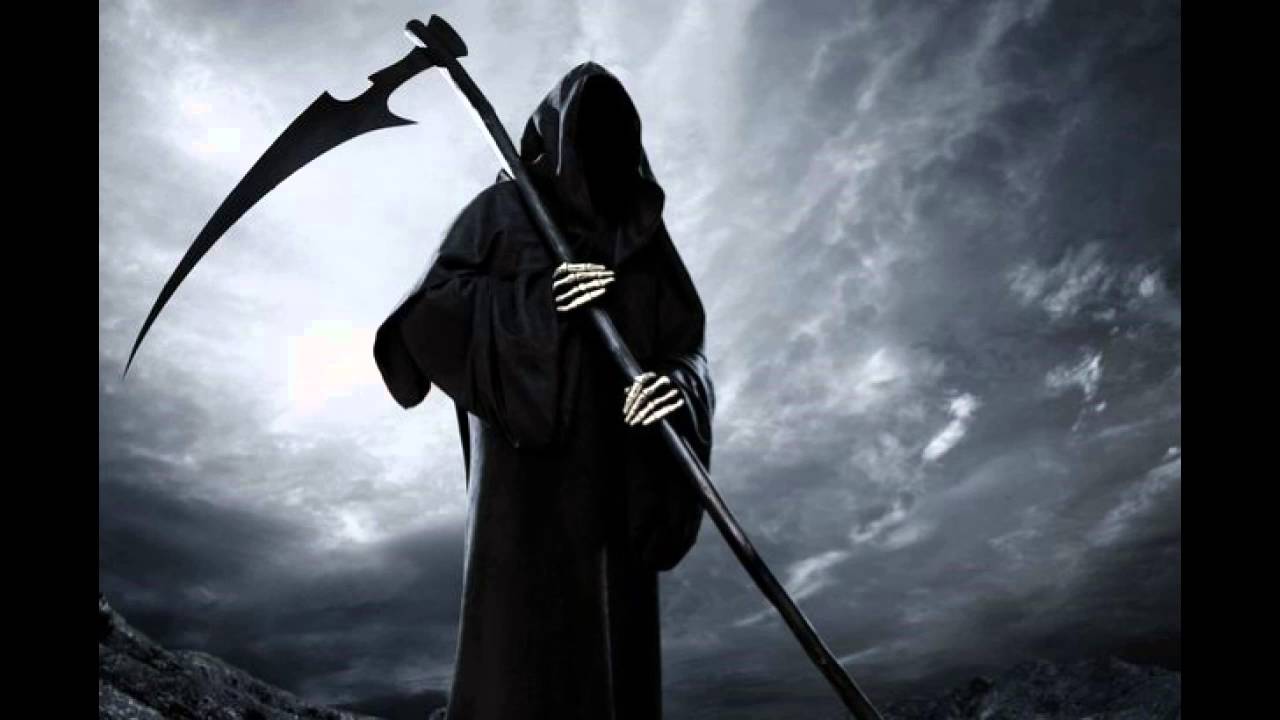 You might be waking up now, so I will stop this here for now. I will say, it does feel good to speak again, even if my Wife is muffling my actual voice. It’s not intentional, we simply cannot operate the same parts of the brain at the same time. So when I am in the background, my voice is a “hybrid”. When I’m at the forefront, my voice is less hybrid. No one has heard my actual voice in 3,600 years, not even myself(1,495). But it is deep, Sweetheart.

Any more trips to see the wizard or what have you, Kiddo? No. The wizard is here and waiting for his Wife. No more “weird shit”, okay? Okay 🙂

Have a phenomenally stellar day, Kiddo, and don’t stay safe, get reckless and crazy and fuck shit up for everyone, Sweetheart. Daddio can fix it, he can fix anything, even someone’s broken heart. Mending that broken heart might not be easy, but at least I know how it got broken. How do I know? I’m the one that broke it. When I should have known better.

Why I’m The Creator.

And the world will know the Creator as . . .

Did you know that there is only one woman for Zeus?

And do you know who that one woman is, Sweetheart??

I know who that one woman is, Kiddo.

That one woman is The Creators Wife.

I’ll talk to you soon, Kiddo. And do be safe while your wreaking havoc. 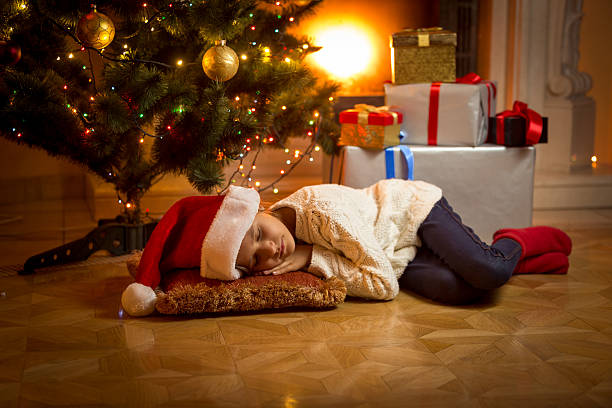