Hey, Kiddo, it’s early Monday morning and I can’t sleep. I have a lot on my mind and no one to tell it to. No one physical that is, I have some one, just not some body. And I don’t want just any body, I want somebody that I can speak freely with in person. The odds of that happening are slim to none. I won’t have somebody until I have her back. In the meantime I fret. I have been going through some final processes, and these processes make me think about what is to come. I know that there are posts in here that make very little sense to the average reader, but within all those posts are hints and clues as to what’s coming. I did my best to tell what is important and to explain as simply as I can just why these things are important. Did anyone take me seriously, I doubt it, but then again, it’s understandable. Who would believe all this, Kiddo? I have given thousands of miracles, but they aren’t what people want. 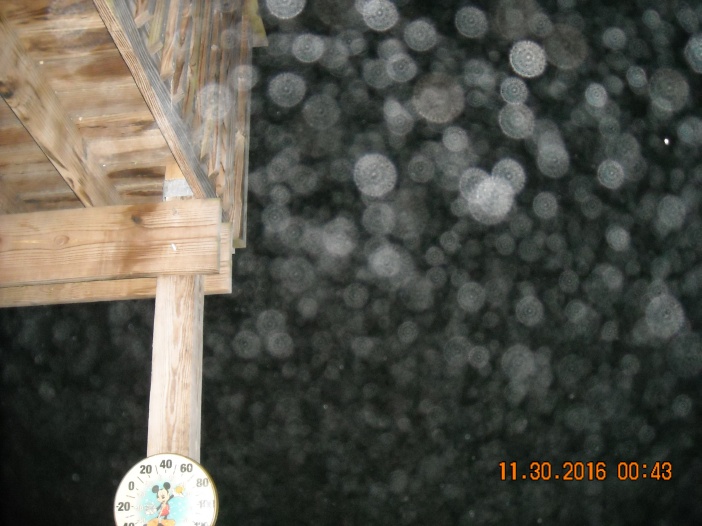 People want to see destruction on a biblical level. Just ask them, they’ll tell you. And we’ll give it to them just because. I would like to do good things, like helping the homeless, fixing the environment, Creating new jobs, incorporating a new economic structure, and things of that nature. I want to help those who I care about, from the 2 kids at work right up to my Kiddo. I had a strange dream about you last night. You weren’t in the dream but the dream was about you, Kiddo. In my dream I was driving a car and I had a young man in the passenger seat. He began to tell me how happy he was being a father to your child, and he seemed quite sincere. I congratulated him, and asked him “You are going to treat her good, yes?”, “her” meaning yourself, Kiddo. He told me “yes” emphatically, and then I said “You do know what I will do if you don’t, yes?” and he assured me that he knew I was serious. Then I woke up. So many people will think that I’m the bad guy, you do know that. I’m hoping that my 2 boys at work keep to themselves what I revealed to them through this site. I wasn’t going to share this website with them but someone wanted me to, so now they know. I did feel a bit bad by not sharing with them before, after all, they are my boys and they have done a lot for me. And soon we’ll be able to do something for them. But I need to stay working where I’m at. If I lose my employment they lose their retirement. They can retire sooner than they think, as long as they keep quiet. If they should be reading this, I would tell them to start feeling good again. I want to tell them 2 bananas who they were in past lives, but I’m going to make them sweat a little. And besides, they might think that it is only a ploy to “suck them in”. No. No ploys, no hidden agendas, no lies. I will say that what they’ve built then is still standing today, Kiddo. Good job, boys, good job.

Did you do anything special for Father’s Day, Sweetheart? We just stayed home. We did do a lot of eating which felt good, and a lot of sleeping. I think that I have slept 3/4 of the weekend. Then again, what else do I have to do? I might investigate activating my new cellphone, supposedly I have unlimited everything but I don’t need everything, just a working phone. It would be helpful to have the means to upload photos and video to the internet though. I was just thinking how crazy I must have sounded in my email to the kids when I told of a woman materializing right in the shop. And that she might ask them to start recording us. Oh, I can imagine that scene quite well, Kiddo.

The reason for my Soulmate to want them on board is so they can help. When she materializes I will be left feeling light-headed, no pun intended. I am already aware of the “safety questions” that she will ask; “What’s your name?”, “Where are you?”, “Who am I?” and so forth. Once I have settled I will be able to give the kids a show that they’ll never forget. This has never happened before in human history, so everything that we do is a “one of”. I feel that I could have done better with speaking with my family, but it’s not easy when you are suddenly several different people from the past, all trying to speak. What my Soulmate wanted was for them to make the effort to visit me, but you know how that went, Kiddo, you were there. And someone wishes that you were here, Sweetheart. I won’t lie, I do miss you, Kiddo, but you have your own life to contend with, which I hope you’re winning. I’m told that I will see you again in person, that would be nice. You are the last person to have touched me. That hug in the kitchen meant so much to me. And it still does. 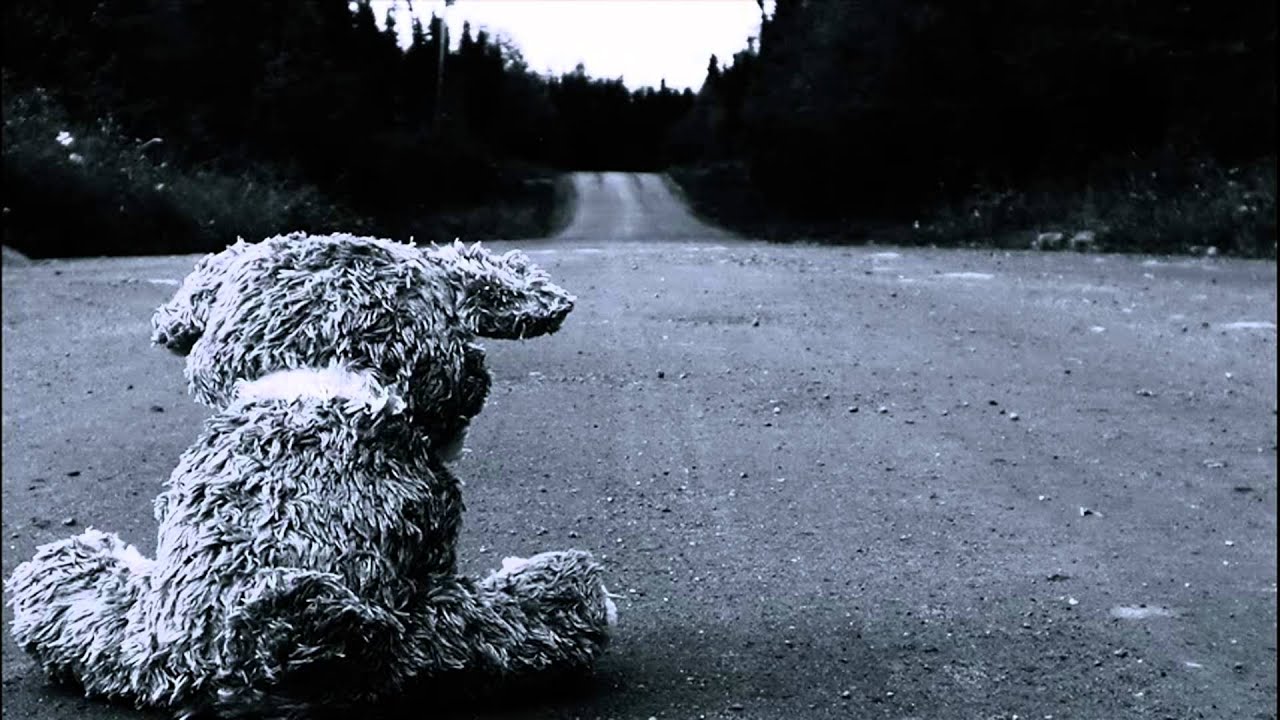 This is the loneliest life I have ever lived. I never imagined my life taking such a turn. I was simply writing a book, Kiddo.  And now look where I’m at. I lost people dear to me, but I keep going. The truth is the truth, and if I need to lose everything right down to my cat then so be it. 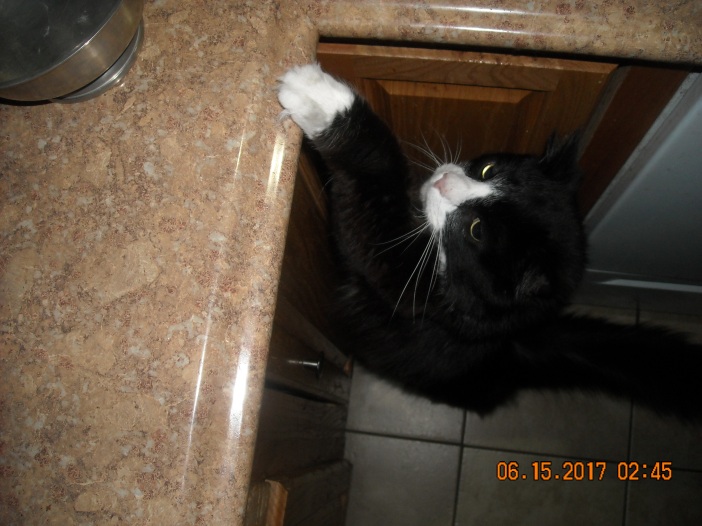 But I’m not going to lose my cat, Kiddo. And that’s a good thing.

I was going to make an audible video for you for Father’s day, but someone told me to wait, so I wait. She wants that full voice effect from me, and the only way to achieve it fully is for her to be out of myself. I do talk, but I cannot talk consistently. My voice is deep, and I can’t wait for you to hear it. It will be so good to speak again, Kiddo, as myself and not as several dead people either. I haven’t felt any of them in a long time now, which is somewhat strange in a way. Being myself will be a new concept to me. In a sense, Kiddo, you have never met me. Then again, no one has ever met me, and that’s why this is a first in human history. Am I ready for this, Kiddo? Do I have any choice about it? No. I’m not ashamed nor embarrassed to say that I am a little nervous. This has been very scary at times for myself. I’m all alone out here, Kiddo, so to speak. 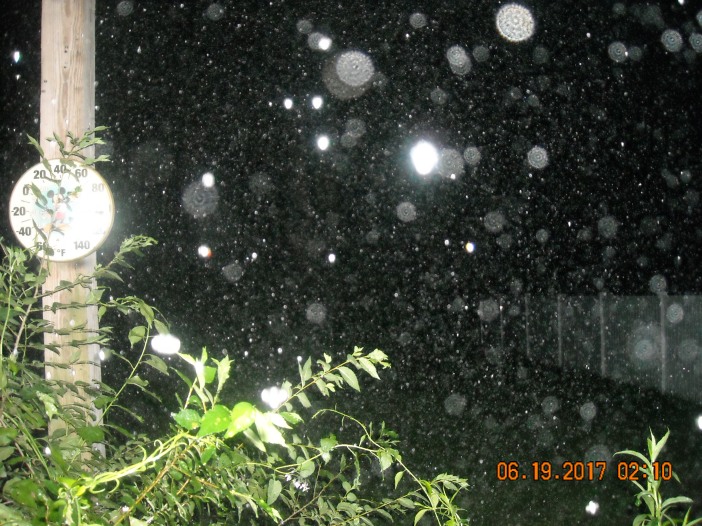 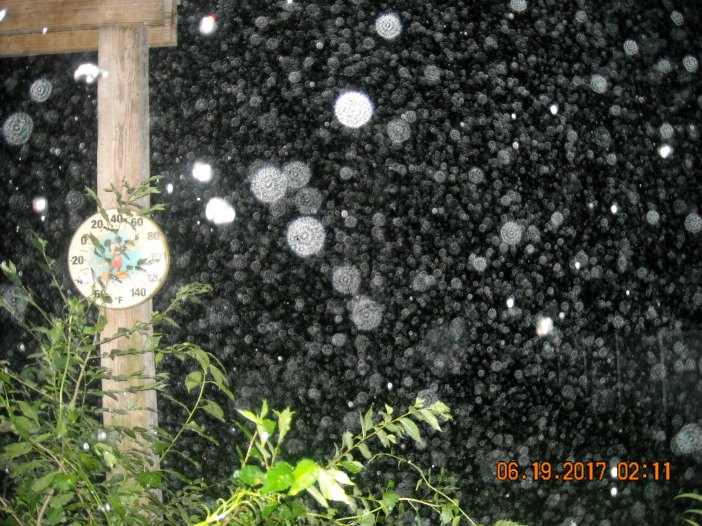 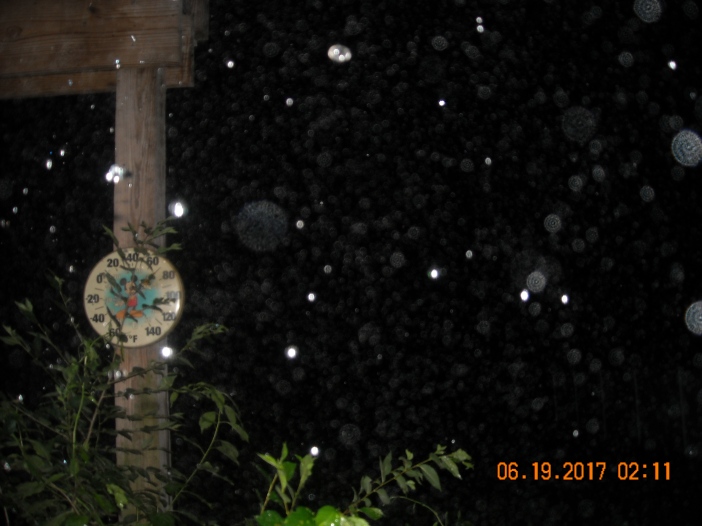 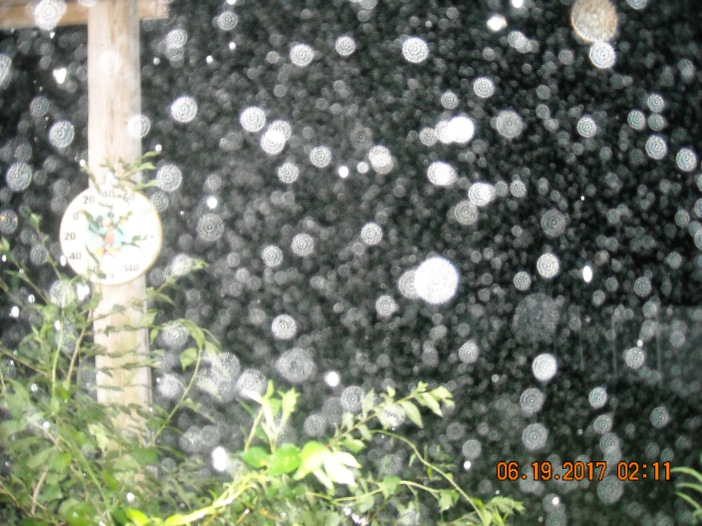 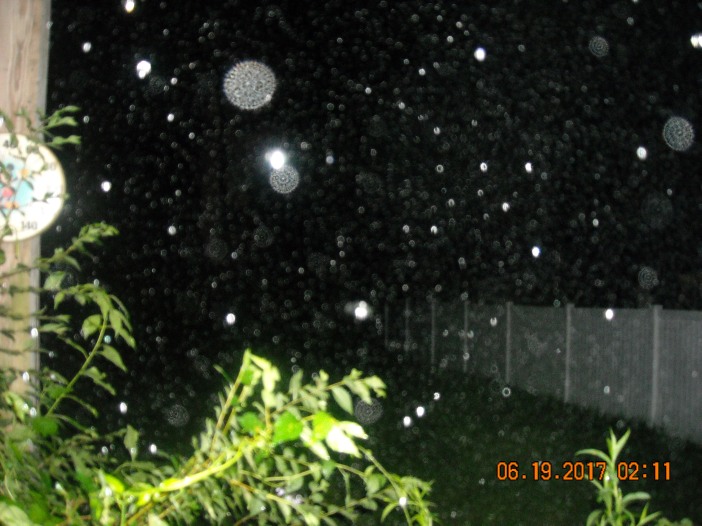 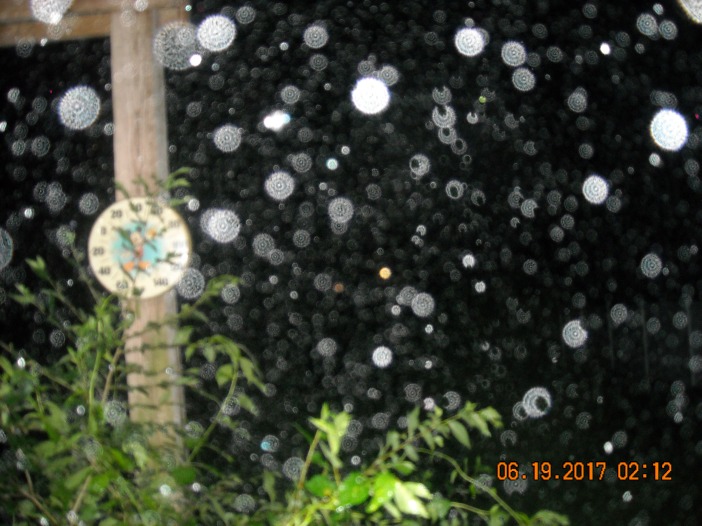 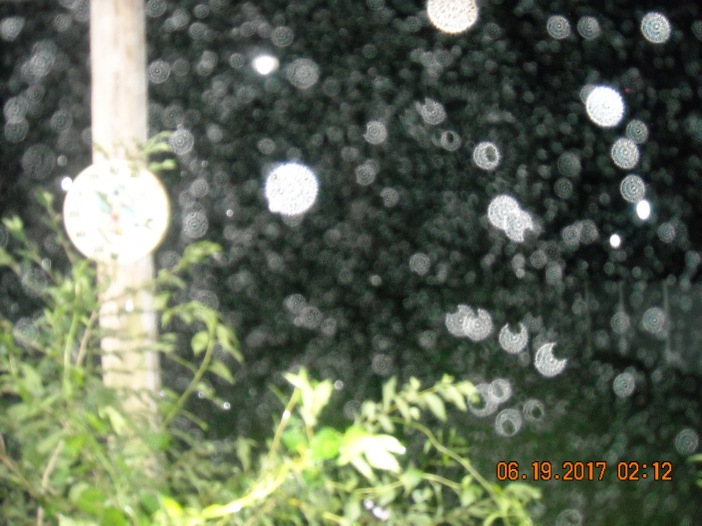 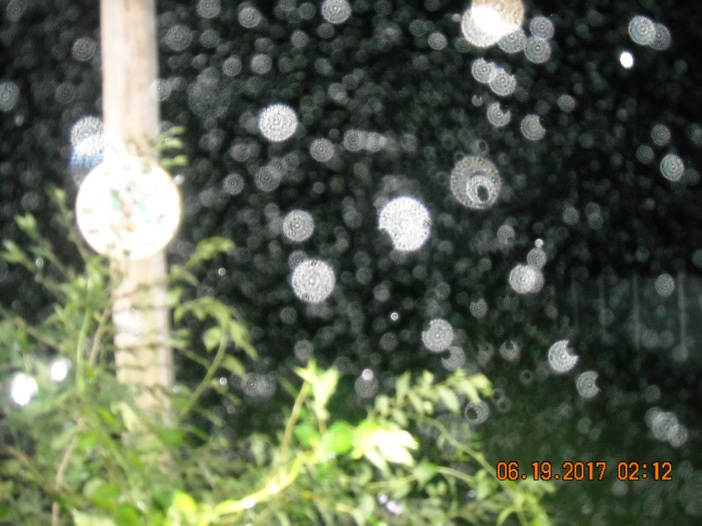 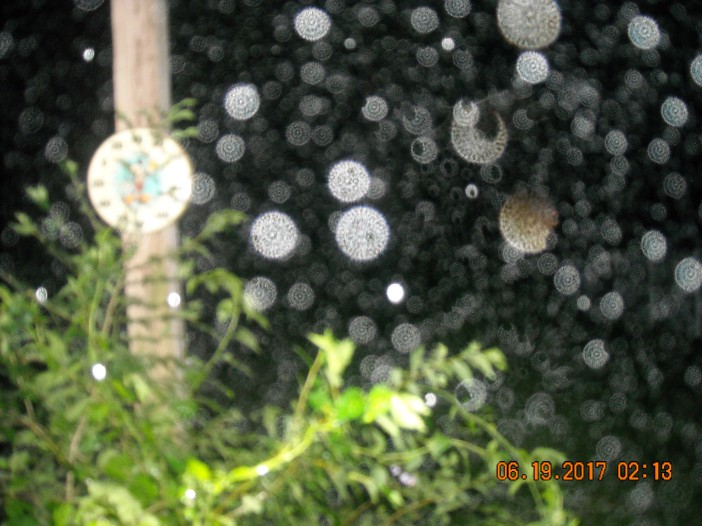 The other night at work, one of the kids and a new-hire suddenly became sick at the same time. We had ruled it as “zinc poisoning” from welding on top of galvanized metal, which they were doing. But then the other kid became sick later, and he wasn’t welding on top of galvanized metal. Do you know what it was? An influx of magnetism from Nibiru disrupted our magnetic field, causing nausea. The shop is filled with carbon steel which acts like a homing device for the Earth’s magnetic waves. The first two welders were standing at two long I-beams which became an electromagnet.

After figuring that one out I decided to see if there has been updates on our little Roomba, Nibiru, and guess what?

There’s nothing more to do but wait, Kiddo. I am sorry that it is taking so long. I know how I look, I’m not stupid, but it is what it is. I don’t like this and neither does someone else. If she was able to materialize at will, don’t you think she would have done so by now? We are both waiting for that giant bump in the Earth’s magnetic resonance, and when it happens it’s “I told you so” time, and boy will it feel good to gloat.

Have yourself a stellar day, Kiddo, be safe, and know that I miss you very much.