Hello, Kiddo, I came home in a mood so I’ll write a little something special, but before I do, a definition : “Phosgene : a colorless poisonous gas made by the action of sunlight on chlorine and carbon monoxide.” “The chemical was named by combining the Greek words “phos” (meaning light) and “genesis” (birth).” 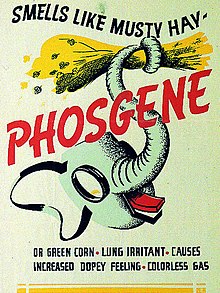 I laughed at the writing on that vintage WWII poster, “causes increased dopey feeling”, what does that mean, it makes you dopier than you already are? Oh these people with our language, when will they ever learn, Kiddo, hmm? Phosgene was commonly known as “mustard gas”, which was used as a chemical warfare agent during world war 2. Adolf Hitler was a large proponent of mustard gas.

Why is this important? You’ll see.

About several months ago I asked some coworkers if they have noticed something strange about our clouds. One person said “Yeah, they’re pink.” and another said “They look lower to me.” Both answers are correct. The clouds have been pink due to Nibiru’s Iron oxide contaminating our atmosphere. The clouds are lower because we are running out of oxygen, you know, the stuff that we need. The pinkish cloud color was easy to explain, but what about the low flying clouds? How can this planet be running out of oxygen?

According to scientists, people are producing more CO2 than ever before, causing, supposedly, “global warming” and “climate change”. They figured this out by measuring the amount of CO2 in our breathable atmosphere, but what they didn’t measure was the amount of oxygen that’s left in our breathable atmosphere. If they did, they’re not saying. If they didn’t, well, back to school for them. By volume, our air contains 78.09% nitrogen, 20.95% oxygen, 0.93% argon, 0.04% carbon dioxide, and small amounts of other gases. Air also contains a variable amount of water vapor, on average around 1% at sea level, and 0.4% over the entire atmosphere. 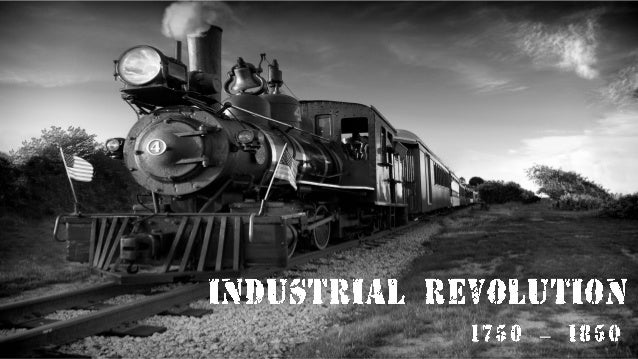 The industrial revolution ended roughly in the 1850’s, and when it ended something else began. Guess what began, Kiddo.

On August 28, 1859, George Bissell and Edwin L. Drake made the first successful use of a drilling rig on a well drilled especially to produce oil, at a site on Oil Creek near Titusville, Pennsylvania.

150 years later we have “global warming” which I refer to as “engine overheating”. Carbon dioxide (CO2) and nitrogen that have been trapped in ice for thousands of years is being released, due to the ice melting. The Earth’s increased temperature is also the cause for the increased volcanic activity.

The solid Earth contains a huge quantity of carbon, far more than is present in the atmosphere or oceans.  Some of this carbon is slowly released from the rocks in the form of carbon dioxide, through vents at volcanoes and hot springs. Volcanoes, especially underwater volcanoes, produce vastly great amounts of CO2.

The burning of fossil fuels and changes in land use results in the emission into the atmosphere of approximately 34 billion tonnes of carbon dioxide per year worldwide, according to the U.S. Energy Information Administration. The fossil fuels emissions numbers are about 100 times bigger than even the maximum estimated volcanic CO2 fluxes. Our understanding of volcanic discharges would have to be shown to be very mistaken before volcanic CO2 discharges could be considered anything but a bit player in contributing to the recent changes observed in the concentration of CO2 in the Earth’s atmosphere.

So now we know as to why the CO2 levels have risen in recent years, but what about the decrease in oxygen in our breathable atmosphere? Where is our air, Kiddo?

85% of our oxygen comes from phytoplankton, the other 15% comes from plants and trees. Phytoplankton live in all of the Earth’s oceans, which is why it is important to protect our oceans and not do anything stupid.

In 50 years all the Earth’s oceans will be dead, and so will all of Earth’s inhabitants. Well, at least we still have our rain-forests, right?

Gerard Celente, a very smart man, once said “If all these colleges are so good, then why is life so bad?” Think about that, Kiddo. Colleges don’t teach common sense, if they did they would be out of business after one year. Colleges indoctrinate, just like public schools only much costlier.

Anywho, between the Earth overheating and oceans dying our breathable atmosphere is rapidly disappearing right before our very eyes, and no one seems to notice this. Could they know of this and not tell anyone? It would be a good way to impose an “air tax” now, wouldn’t it? “You want to breathe? Pay up.” after all, people do buy water don’t they?

Why is bottled water a concern? Here are just a few reasons…

This is a sad planet we live on, Kiddo. 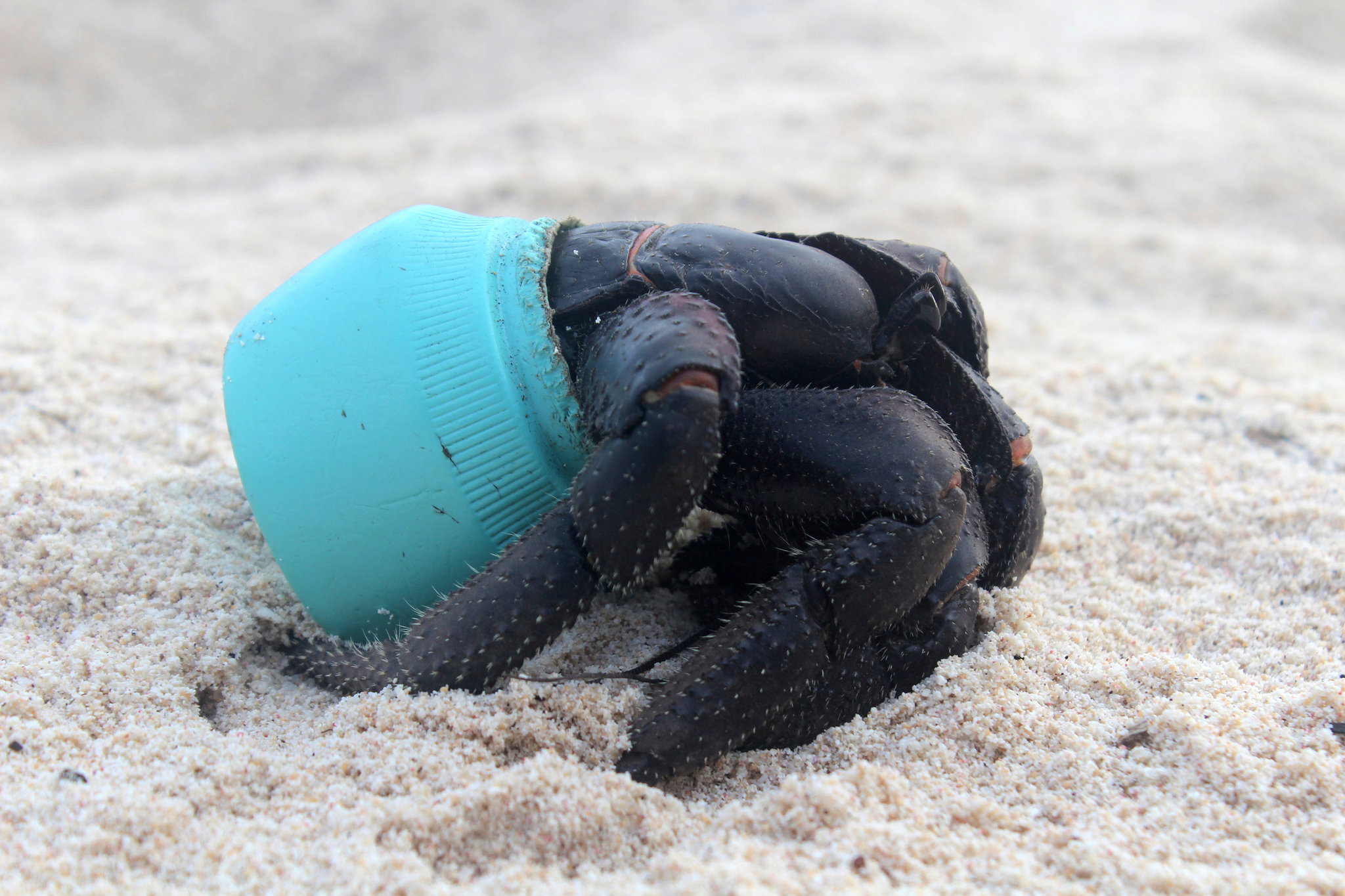 I’m mad too, Kelli Middlestead, but I am not sorry for being so.

Billions of tons of plastic fermenting in the hot Sun causes the release of Phosgene, hot liquids cause the release of Bisphenol A, another deadly toxin.

Date:
February 4, 2008
Source:
University of Cincinnati
When it comes to Bisphenol A exposure from polycarbonate plastic bottles, it’s not whether the container is new or old but the liquid’s temperature that has the most impact on how much BPA is released, according to new research. BPA is one of many man-made chemicals classified as endocrine disruptors, which alter the function of the endocrine system by mimicking the role of the body’s natural hormones.

But until they find a substitute they’ll keep using it. At everyone’s expense. Do you know just how fucking mad I am? Kiddo has a pretty good idea as to just how fucking mad I am. This planet is smothered with idiots in every direction. There is no nice way to say it. People are stupid, aren’t they? I mean, you need to be one stupid motherfucker to trash the only home you have, and the only home you’ll ever have. Isn’t that stupidity, Kiddo? Oh wait, they have Jesus and Allah, don’t they? And let’s not forget God. He’ll save the day, right, Kiddo? I mean, after he finishes condemning the non-believers and pardoning child molesters.

People living today did not exist 150 years ago. The people who lived 150 years ago have passed away. In one dimension, the 1850’s still exists, but without people. Do you see where I’m going with this, Kiddo?

Nibiru is not that far away from us. It’s huge magnetic field will cause a “bump” in the Earth’s magnetic resonance, and when it does guess who’ll be ready to use that bump to his advantage? Or as I should say, to our advantage, Kiddo. What are your thoughts on the Victorian era, Sweetheart?

It’s late, Kiddo, and I need some sleep. I just wanted to share something with you while it was fresh in my mind. I know that the “schooling” is old and expected, but these are things that everyone needs to know. What actually matters is not taught in school, that’s why I “school” you. People don’t need to know everything, they only need to know what actually matters. When I hear scientists making claims using superstitious minds I become quite concerned. NASA scientists claiming that the Earth’s Iron “cores” are at a temperature of 14,800° Fahrenheit, when it is common knowledge that Iron becomes a gas at 10,500° Fahrenheit, makes me wonder just which college indoctrinated these sycophants, Kiddo.

Anywho, we’re out of here. I wish you a stellar day, Kiddo, and please be safe whilst enjoying your stellar day. Miss you.