Did you have a good Turkey Day? I hope so. It was quiet here, sans turkey. We opted for ham instead, I figured that there would be less waste with a ham than a turkey.

Here is some music to listen to while you read, Sweetheart . . .

Did you participate in the early morning shopping madness Friday? If so, I hope that you     were careful.

Speaking of madness, I’m going through some madness of my own. Maybe I don’t need to be, I don’t know, and not knowing is what is causing this madness, or should I say, causing this fear.

Fear : an unpleasant emotion caused by the belief that someone or something is dangerous, likely to cause pain, or a threat. – Google

I don’t want to get hurt, Kiddo, to put it simply.

I’ve been hurt before and I don’t care for that feeling. I know who I am, and how I am, and it’s because of past experiences as to why I am. The way that I am. And I don’t like that way. I don’t like to be cold. But wants and needs are two different things. Do I need to be cold, or do I just want to be cold, and not know it? I have a method of thinking when it pertains to something unknown. I tend to think negatively about things unknown, when they pertain to myself. I feel, that, if I anticipate the worse, and the worse happens, no big deal, I expected it. If the worse does not happen, then it becomes a pleasant surprise, and who doesn’t like pleasant surprises, Kiddo?

This all comes from being lied to for years. By family, by friends, and most importantly, by girlfriends passed. And that is what is pissing my Equal off. Because of their lies I have difficulty in what I feel, in trusting what I feel, deep inside. What I feel deep inside is that there will never be a woman who loves me more than my Equal does. And you would think that should be a no-brainer. That was from my Soulmate to me. I looked for images of soulmate quotes to see if there was anything coinciding, but no one knows what a Soulmate is exactly. They give opinions and not facts. Here is the Google definition of “soulmate” ;

soulmate : a person ideally suited to another as a close friend or romantic partner.

Here is my definition ;

Soulmate : One of the only two consciousnesses that can coexist inside the same brain.

Anyone other than you, Kiddo, reading this might be thinking “But my boyfriend is my soulmate, I just know it!!”.

Okay. Here’s a test, to see how much of a “soulmate” people think they have, or, are themselves. The next time you need to use the bathroom to make a “stinky”, have them come with you, so that they can watch you.

Can you do it? Yes? Okay, now have them with you every time when you need to use the bathroom, for almost 18 months.

You can do that for 18 months? Good, now tell them EVERYTHING that is in your mind. EVERYTHING.

And see how that goes.

The truth is, no one, other than myself and my equal, has a Soulmate.

It is a futile and hopeless fantasy for anyone to think that they have a soulmate.

Well, it is now Saturday morning at 3 AM. I write to you in between life, that’s why my posts appear the way they do.

And that’s a good thing, that I write to you in between life, for it gives me a chance to think about what I have already written.

And what was written?

A prelude as to why I am nervous about what’s coming, or should I say, who is coming, for I don’t know who is coming, exactly. I must appear as someone who doesn’t know much. I don’t know everything, for if I did there would be no reason for all this to be here. I would know it all.

There would be nothing to learn. It would be like defeating a video game, why would you play the video game after you defeated it? It would make no sense to do so, to me at least.

I am not one for games of any sort, I don’t even like “solitaire”, and why would I? I know that I am going to win, as long as all the cards are there. I guess that it is the child in me that makes me fearful of disappointing.

I know what it’s like to be let down, and I don’t want to be a let down to someone.

Someone whom I love very much, someone whom I don’t want to leave me, and if you know my life’s tally, Kiddo, it seems that almost everyone leaves me. 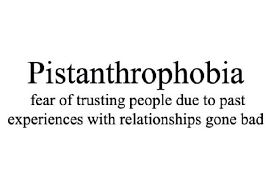 And this is where I’m at.

There is no one on this planet who has put more trust into someone than I have put trust into my Mother, and there is no other way to put it. I trust what she tells me about me. Those things have been reinforced through past life personas, and you can’t fake those. For me to fully trust my Soulmate in that she will never leave me, I need to hear it from her, in her own body. I need tangibility to confirm what I feel, if I didn’t, I would be a hypocrite, and that is something I am not. Communicating back and forth with someone through thought by using one brain is not easy, and it leaves room for misunderstanding. Or, misinterpretation. This is my life, I have no room for misinterpretations about something that is very important to me, if I did have room for misinterpretations I would be religious, wouldn’t I?

That was from someone, what’s above.

The thing is, with me, that I have been through so much, and someone was right there with me, and I feel that it would absolutely suck if I were to be wrong about my feelings, my feelings about her.

And I don’t know why.

Why it would suck, or why I’m feeling this way? It doesn’t take a rocket scientist to know why it would suck. Why I would be wrong about my feelings? People, religious people, feel, in their hearts, that Jesus existed. And he didn’t. They were, and are, wrong. I don’t want to be wrong. And if I seem whiny just think about it. Think about all that I have been through, Kiddo, and all that I have lost, I don’t want to lose any more, anyone.

I am so tired.

Maybe it’s the exhaustion that makes me, or, directs me, to think or feel this way, I don’t know anymore.

I am so tired.

I guess that I just wanted to talk with you, Sweetheart, to keep you in the loop, so to speak.

Anyway, here are some of my most recent photos ;

Well I’m going to wrap it up with some rap from Eminem. Seems strange, yes, but Marshall Mathers has a lot to say.

I was never one for rap, I’m more of a techno/classical music type of person, but someone lead me to these songs, all from Eminem, and, in my opinion, they are quite good. For when you have time, to, not only listen to, but to read the lyrics.

I guess it’s time to say “Goodnight”, someone is tired too. Have a stellar day and night, and be safe.

And by the way, all the sentences that start with “and” are from that someone.