Hello, Sweetheart. Yes, I’m at it again. I normally don’t write this many posts sequentially but I have been feeling a little different lately, more Creative, if you will. I feel that there are some things that I want to get off of my chest, and where better, or, whom better, to tell them to? Why you of course, so, here I begin, with some music ;

As you are well aware of, I have been through quite a lot in the past year and a half, losing my fiancé, my family, my friends, my job, and then going through a barrage of past lives, surviving persona after persona. And I’m still here. While going through all of that I needed to understand exactly what was happening to me, which was no easy task in itself. You might think that it would be, possibly, because of the extreme closeness that I have with my equal, but it’s not. No two people could be, or ever will be, as close as we are. We are the only actual soulmates in existence. Could you live with your boyfriend consciously inside your head? He would know EVERYTHING that you know, and see, and hear, and taste, and smell, and feel EVERYTHING that you experience. Oh no, Kiddo, this is not easy.

This takes a lot of work.

So what happened to me?

I had said on Facebook that Aphie had walked me back through time, so to speak, to retrieve something from my past, a memory of someone I once was. But to get to Vön I needed to traverse through many past lives . . .

There were many others, but at the moment I do not remember them. Why didn’t I mention “God”? “God” never existed. Neither did Jesus Christ, neither did Satan. Nor Allah, nor Mohammed, nor Buddha. Those ideas were nothing more than that, ideas. Bad ones at that.

Right now I’m becoming myself again, with some “apps” applied. At one time I wasn’t sure as to what or whom I was going to be, I didn’t know if I was going to wake up one morning and look like someone from my past, I would have been okay with it, but, I just want to be myself again. I like who I am, Kiddo, and that is someone that you have never met. You met me after I died. I’m trapped, in a sense, between two personas, the one that is really me, and the one that I’m going to be. In the end, I will be a “hybrid”, so to speak. All the gods and men that I once was were for that era, they wouldn’t fit into today’s era. Could you imagine Anubis in today’s time?

I can. And it wouldn’t be good. I don’t need to be any of those past lives for they have already passed. They wouldn’t fit into this era. This is a new era, and a new era calls for a “new” Creator, one who has witnessed, without bias, the world we live in. If I was conscious as to whom I am from the time that I was born until now I would be biased from personal experiences. There might be something that I am in favor of regardless if it was right or wrong. I needed to become conscious in the midst of everything, and to see for myself what is right, and what is wrong, in this era. 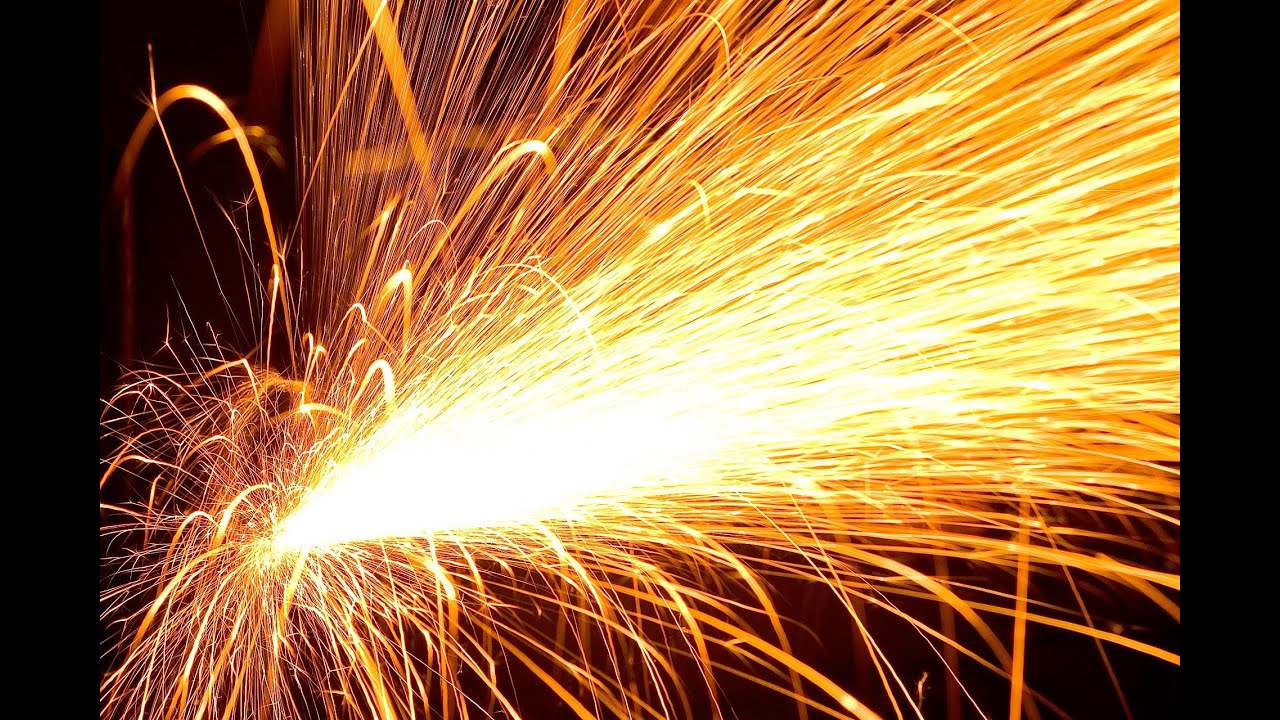 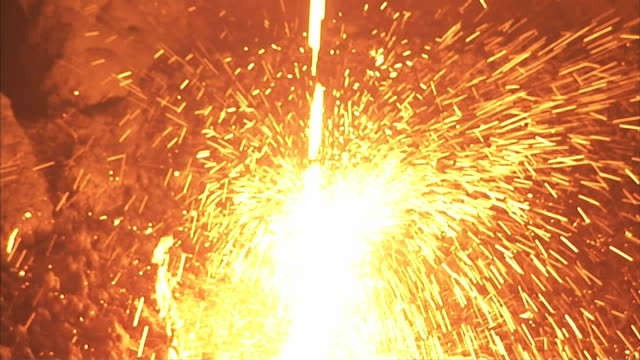 But now I know why.

After intercepting the persona of Vön, I took what I needed to take, and then I began returning to whom I once was. The purpose of my family being involved was to help squash any doubts that I would have had, regarding all of this. It would have made my journey less troublesome, for members of my family would have recognized my mother, and they would have known that I was simply telling the truth. You can’t fake a consciousness. But it is what it is.

It’s me. It is now 2:16 AM, Monday the 7th, 2016. I started this post on the previous Friday, but I had some things to do this past weekend. Anyway, back to the family. After my abandoning I was quite upset, and being in the personas I was in at that time didn’t help. I was quite upset. I love my family, but I don’t think that they love me anymore, for, if they did, they would have done something to help me. Do you see anyone with my last name on my Facebook blog? I do, however, have my cousin from my Mother’s side of the family on my Facebook blog, and that means a lot to me. It doesn’t make me feel so alone, and no one is more alone than I. And at the same time no one has a closeness with their partner more than I. What a conundrum. Some might think that I brought this on myself, this loneliness that I endure, but what was I supposed to do, Kiddo? Keep this a secret?

That morning when I saw my Mother standing there in my, our, livingroom, I damn near shit myself. She was standing in our livingroom, smiling at me. I was breathing like a freight train, then she dematerialized, entered my brain, and ever since then I have been working nonstop to get where I am at today. I even work when I’m sleeping.

For those first few days I was so happy, and no one believed me. All that I had asked was for someone from my family to come visit me, but, in hindsight, I can understand just how crazy I must have looked to them. Maybe I looked like a “let down”, to that family member. Maybe that family member had been lied to by so many men in their life that they might have thought to themselves “Everyone else lied to me, so why wouldn’t he?”.

I pay attention to what’s around me, and I pay the most attention to people that I love. And if that family member simply stopped listening to everyone with their opinions, not facts, that family member would have known without a doubt that I have been telling them the truth, and that I will always tell them the truth. We grew up together, that family member and I, and you would think that after forty years that they would have known that I would never lie to them. But in hindsight, I can understand, especially when I have a religious fanatic for a sister. She’s probably telling the family that I’m Satan or something to that effect. What nonsense. I know that my Mother isn’t too happy with her.

Okay, I’m back again. I had to get someone a smoke to calm them down. Much better now 😉 . Maybe that’s what it is, Kiddo, maybe they know something that I don’t, regarding the lack of visitation. Doesn’t really matter, I’m not upset over it in the least, and I’m not upset with that one family member either, for I can understand, after all, if someone in your family made the claim that I did, would you be running to help them? If anything, you would probably be running away from them, yes? As I said, I can understand.

And I can also understand the psychological impact this is going to have on them, something that they, the family, didn’t think about, obviously.

And that is where I am going with this.

Let’s say that she’s back.

And let’s say that she is going to pay some people a visit.

Now, it is a great possibility that the people she is going to visit might be some of those who didn’t believe what I was telling them, or showing them, you know, these guys ;

And during that visitation, there might be chance that I am going to come up in conversation. Just a feeling that I have. Now what do you think the person she is talking to is going to be thinking? The anything that I don’t want to hear falls under the category of apology, not that I’m expecting any apologies, nor do I want any apologies, but if someone were to say to me “I’m sorry that I didn’t believe you”, how would I know that they are telling me the truth? Why, are they sorry to begin with? How, did they become sorry? And if someone were to say that to me, which I’m not expecting, or wanting, they will be living with never knowing if I believe what they said to me. And then they’ll be thinking “What is going to happen to me after I die?”.  Pretty intense psychology. 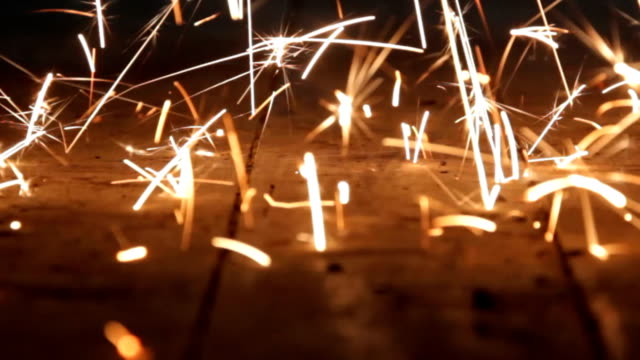 Someone found the Hershey’s Dark Chocolate bar in the kitchen ( yumm ). We should probably go on a coffee run this morning, we’ve been up since early this morning, and work is coming soon, need to stay awake and alert for my crew. I feel good about my promotion, it’s not being in charge that makes me feel good, it’s being able to help out, and to teach the younger generation some of what I know, after all, you can’t take it with you.

So am I upset with my family? No. I can understand how I must look to them, and it is completely understandable. As far as my Mother goes, well, I’m not quite sure. I know that she isn’t upset with my baby sister, that I do know. I miss her so much.

Anyway, I felt like talking, so to speak. I had some things that I wanted to get of my chest, and I did. I have more to tell, but I’ll save that for later, I don’t want to bore you or sound repetitive.

I told you that I Created another website for you, since I filled this one up with these guys ;

Was not my intention. So, the other site doesn’t have any posts in it yet, but it is viewable. I am saving it for down the road, in the meantime I will still write in this site. I might not write in here for awhile though, I need to get back into my book. I needed to take a break from it for awhile, I was having trouble writing in it, and the reason why I was having trouble writing in it was because it wasn’t me writing, it was another persona. Now that I am almost back I can begin writing again, back as myself, that is. Looking at the photo above, I still think about how the raindrops are casting shadows on the souls. That shouldn’t be possible, but it is. I wonder what that means.

Do you want to see your other site, Kiddo? Let me know on Facebook and I’ll give you the link. Like I said, there’s nothing in it now, but it is viewable.

Have yourself a stellar day, Sweetheart, be safe, and know that I miss you greatly.