I find it hard to believe it is almost Fall, however the cold, crisp air proves that it is. I was awoken this morning by an outside lawn care service tending to the property surrounding our home, although the grounds look good, I could have used the sleep. Being that I am now awake, I decided to do some much needed chores since I was incapacitated for the past week and a half. I feel better, but I am feeling different, in general. There are times when I feel surges of exhilaration, possibly described as electrical, I guess, and my vision seems to be most three dimensional, meaning, the things I see around me appear to be as objects in a “pop-up” book. Strange, yes, but it is what it is.

Some music to read with, Sweetheart?

I like this. Anyway, I haven’t written much since I have spent most of the past week or so in bed, so I decided to write something here. Next week I need to renew my trademark license for my books. I thought I would have had them written by now, but as you know my life has been somewhat interrupted. I am told to stop worrying, but those books are all I that I have. I feel bad when I say that, but my equal understands what I mean.

Being in dry-dock, I spent some time watching videos containing film and photos pertaining to Nibiru, and the evidence is rather overwhelming. Some videos are making claim as to when Nibiru will be passing by this planet, but no one knows for certain. I am told “Not much longer”, what that means is purely interpretative, after all, “soon”, and I will leave it at that.

Nibiru is a giant ball of Iron, and it has an orbit of 3,600 years. Nibiru doesn’t rotate like the Earth, it simply powers through the universe like a train on it’s tracks. Some people are claiming that there is no such thing as Nibiru, however these people are mostly paid to say so. Why? How do you think the world’s population would react if they knew that all life on this planet might become extinct soon? There would be so much chaos.

Some countries are well aware of this, and their governments have told their people to stock up on food and water to sustain themselves for at least ten days. Germany is one of those countries. This country’s government is avoiding this subject like the plague, for they know that there is nothing that they can do. The concern this government has regards it’s own survival, people in charge are worried about losing their “power” and money, paying no mind to the fact that they can’t take it with them. They are not concerned about what is going to happen to them after they die, they are only concerned with where they are now, as if they are going to live forever. Delusional, they are.

The videos I watched regarding Nibiru were somewhat informative, although I found some to be rather saddening, for some of the videos were uploaded by people who truly believe that Jesus Christ is coming back. Jesus Christ never existed, and neither did his father, which brings me to ask a question, one which I have an answer for;

“Why do people want the world to end?”

Since the invention of Christianity, and Islam, there has not been one single piece of evidence as to what those religions claim, and after centuries of absolutely no proof to either religion, the only proof that people can hope for is the destruction of this planet, for it will be the result of “their god”. How crazy is that, Kiddo? People are so desperate to prove that their god is real that they want to die in an apocalyptic disaster.

Although I have an idea as to when Nibiru will be close enough to unlock the gate, I will keep it to myself, for I have been wrong before about certain event times. Although I am never embarrassed by my errors regarding certain events, I do not want to fill your head with any misinformation, or shattered expectations. 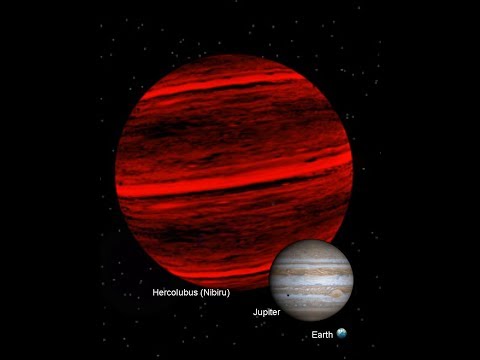 Will I know when that gate opens? Yes. That information is assured as correct by my equal, who had told me in the form of my mother. Not that I do not believe Hera, she simply knows that I remember my mother, and that she never lied to me. A “familiar face”, if you will.

I have been feeling so differently, Kiddo, it is strange to me just how I feel. It is almost a hollow feeling. I can say that I haven’t seen that “James Dean” guy in quite sometime, nor have I felt him, and that is a good thing. I guess that you can say I am beginning to feel just who I am going to be. I’ll always be Daddio, Sweetheart, so no worries there, I’ll simply have a much different personality. I am most likely never to see my family again. You will be one of the few that I will have contact with, and will be able to see in person, everyone else will be kept at a distance. There is more to this, but I will explain that in another posting when I am up to it, right now I am exhausted.

I haven’t finished the special posting for you because I was told to wait by someone that I trust, so I will wait. Good things come to those who wait, or so it has been said.

Anyway, have a stellar day, Kiddo, and be safe.