Hi, Kiddo, I haven’t written here in a while since I am working on a special posting just for you, and writing my book.

In between writing my book, I took some time to do a little thinking.

And my thoughts pertained to this alleged “pole shift”, concerning our planet.

Scientists are claiming that the Earth’s poles are shifting, but what poles are they referring to?

Now, this depiction of what our country looks like is the aftermath of that particular pole shift. The problem is, where did all that water come from? And where did that body of land listed as “Atlantis” come from? The picture shows parts of North America submerged under water, so those “scientists” must be thinking that the water came from the North Pole and the South Pole “melting”. But if “Atlantis” has been submerged under the amount of water that is in the Atlantic Ocean now, how is it visible with all that excess water from the Poles? And even better, how is Florida, whose highest point above sea level is 345 feet with most of its land close to sea level, mostly still here? Yet California, whose highest point above sea level is 2,900 feet, is just about gone. Best yet is Nevada ;

None of that is going to happen, Kiddo.

That map is a depiction of what “psychic” John Edgar Cayce “saw” in a vision, and “scientists” fed off of it.

If both poles were to melt completely, the oceans would rise only a few inches.

Now we have another type of pole shift, and this one regards the Earth’s magnetic field.

The Earth’s engine, and what more a simpler engine than a spinning, Iron sphere, producing electricity and magnetism through friction, powered by a simple thought? Exactly, there is no simpler engine. 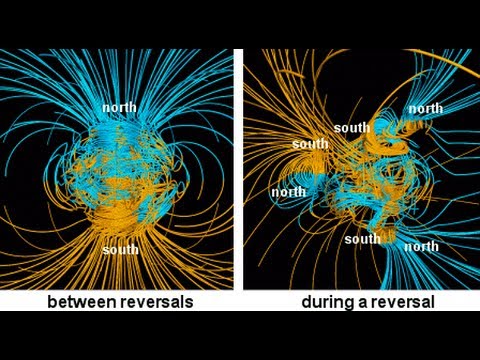 Nibiru, or what some scientists call “Planet X”.

Some call Nibiru a “hoax”, some call Nibiru the “planet destroyer”, however there are far too many photographs of Nibiru taken by people all around the world for it to be a hoax. And with today’s technology in photography including video, I will need to say that Nibiru is not a hoax. Here is a graphic illustration of Nibiru’s  3,600 year orbit ;

According to the picture shown above, it looks like Nibiru is going to sideswipe Earth, possibly “T-bone” Earth. That wouldn’t be good, Kiddo, not at all. If Nibiru makes physical contact with our planet, what will we do with these? ;

Being that the earth’s engine, a spinning sphere of Iron, is going to keep spinning in its orbit no matter what, everything that the sphere is supporting (the mantle to the Earth’s surface) would be peeled off the spinning sphere if Nibiru should sideswipe our planet.

“If Nibiru is Real, how come I haven’t seen it for myself?? I looked up at the Sun and the sky and I don’t see anything!! Can you explain that to me?!”

Have you ever seen these before? ;

That is what people call them whenever they should see one or capture one on film. In reality they are human souls. Do you see them everyday?

But they are in that photograph though, aren’t they?

Because I am able to see into other dimensions. I can also traverse dimensions, by thought.

“So why are there so many outside of Price-Chopper??”

Because they remember what is was like to enjoy food, along with many other things.

“How can they remember what food was like if they don’t have a body?? Don’t they need a brain to remember things like that??”

No, the soul is consciousness. They are conscious of whom they once were, and all the things that they did while they had a human body, like eating, sleeping, touching, having sex.

Do you see human bodies wrapped around those souls?

“But there are so many ways a human could think wrong, how does a human think right??”

Could I have made it any simpler? Do you want someone hurting you? No, so don’t hurt someone else. Think, before you act. And if you have trouble in making the right decision, listen to your conscience, it is there for a reason. “Okay, so why is this post titled “Getting Warmer”??”

Because we are getting warmer, in more ways than one. One way is what people are calling climate change. But which climate are they referring to?

So which climate are people talking about?

Another way it is getting warmer concerns the Earth’s engine. The engine is a smooth, Iron sphere that spins, like a ball bearing, but perfectly round and smooth, and, indestructible. For the engine to keep spinning smoothly under the Earth’s mantle, it needs lubrication.

That oil, that has been pumped out of the Earth, is here to keep the sphere lubricated so it continues to spin smoothly and not overheat, it is not to be used for anything else. But because “scientists” haven’t a clue as to how our planet works, they told those whose greed outweighs their conscience to “go ahead and use it, when it’s gone we’ll think of something else to use”. Bad idea.

If a sphere is spinning on one axis, like the Earth spins, the outermost diameter of that sphere will be moving faster than the areas around the axis itself. If you are standing upright, with one arm extended outwards and ninety degrees to the ground you are standing on, turn your body to your right while keeping your arm extended. You will see that your body barely moved, but your arm was speeding to keep up with your body, since your arm is connected to your body.

The outer diameter of the Earth is hotter than the Earth’s poles, because there is less friction at the poles than there is at, let’s say, Mexico. At the poles the sphere is barely spinning compared to its surface beneath Mexico, and that is why the poles are frozen and Mexico isn’t.

If the Earth’s average surface temperature was to be increased by one degree Fahrenheit, the water that was once frozen at 32 degrees Fahrenheit is now a liquid at 33 degrees Fahrenheit. News articles posted reports that the glaciers in the Artic and Antartic are expanding. People are interpreting this as “growing”. No. There is a huge difference between “expanding” and “growing”. Those glaciers are not growing, they are melting, giving the appearance of “expanding”. Think of a scoop of vanilla ice cream on a plate. If you leave that plate untouched at room temperature, the vanilla ice cream starts to expand across the plate as it melts. That “crude oil” was not meant to be touched.

“Are we experiencing more earthquakes because the engine is getting hotter??”

Yes, and if you notice, the majority of those earthquakes are occurring over or near the outermost diameter of the Earth ;

There is more friction-creating contact surface between the engine and the mantle, being that the outermost diameter of the Earth’s engine is moving faster, and now with less lubrication. Since more friction is being produced due to the lack of lubrication, more electricity is also being produced, hence the excessive and intense electrical storms, and severe flooding.

“I thought that all those electrical storms is because Zeus is angry!! 😉 “

The Earth is trying to cool itself down. When an area of the Earth’s surface gets hotter than it should be, an evaporation process initiates. Most of that flooding is in the same area, or near the same area, where those earthquakes are happening. Areas like China, for instance. Remember, one degree of temperature can change everything, whether an increase or decrease in temperature.

“What about it snowing in places like Africa?? How’s that possible??”

Pressure systems. Ever see a welder use something called a “vortex chill gun”?

A chill-gun is a man-made device using what is known as a “vortex tube”, it is used to keep welds from getting to hot. “Vortex systems” is a term used in some weather reports, and both work similarly ;

It’s snowing in Africa, but somewhere nearby it’s hotter than hell.

“Anything else getting warmer??”

Yes, I am. When all this happened last year I did not understand any of it. My equal couldn’t tell me everything because I needed to find out for myself, and not to be told, after all, anyone can tell you anything. And even though my equal was once my mother, I still needed to learn for myself, to avoid any possibility of compromising the trust we have between us. When she would tell me “soon”, I learned that “soon” can be interpreted, hence my mistakes prior. Take dinosaurs for example. If a 24 hour day represented the entire time dinosaurs ruled the Earth, man has only been here for seconds.

Nibiru is Real, and this country’s government does not know what to do except to lie to the public about it, and to dump chem trail after chem trail into the sky to help block out Nibiru from being seen by anyone. Building underground bunkers is a very bad idea, and so is storing nuclear weapons underground, but that won’t be discovered until this entire planet begins to rock, let’s say, at an earthquake magnitude of 30. Those offshore oil rigs will most likely catch fire and set the oceans’ surfaces on fire as well, which is bad since the oceans provide over 80% of this planet’s breathable atmosphere. And those ocean surface fires will burn until there is no more air to help fuel them. With the Earth shaking constantly at an earthquake magnitude of 30, all organic life will perish. And then we’ll have more of these ;

But hey, they will only have a few hundred million years to wait to see what bodies they’ll be able to host in next.

It worked once before, it can work again.

Yes they do, they just aren’t very usable.

It’s better than nothing, isn’t it?

“But they have no usable arms!!”

So we got rid of them.

Do you know of any other species on this planet that also has no quality of life?

Yes we can, however, we will need some help in fixing this mess.

“I know someone that can help us.”

Do I know this “someone” that can help us?

But will that “someone” help us?

Well, if I have been waiting this long, what’s a little longer?

Okay. With that being said, I am out of here, I woke up late and haven’t had the chance to shower, or brush my teeth.

And you, Kiddo, have lots of fun, stay safe, and when I finish creating that special posting for you I will put it on my Facebook blog. Before I go, Sweetheart, did you notice something different about this post? I wasn’t the only one writing it. This wasn’t possible before, at least not to this extent, and that is because we are beginning to separate. No, we are not getting a “divorce”, we are pulling apart from each other, consciously, so to speak. When that planet gets closer, good things will happen, we just need to wait.

Anyway, Kiddo, know that I love and miss you, and I will be writing to you soon.