This post will be short one, yet a good one, in my opinion.

In January of 2015 I began to find pennies in my travels.

These pennies were either at my feet or in plain sight in odd places.

After about one month, I realized that I have been finding these pennies nearly everyday. By that time I had also realized that I was mixing these pennies with my pocket change and unintentionally spending them. I had asked a coworker, a friend, if he had ever found pennies as frequently as I have been, and after a long moment of deep thought, he replied “no”. I had asked several others the same question, and they all replied with “no” as well. Thinking to myself, then, I realized that finding a penny everyday was not a coincidence, for there are no coincidences. Then I began to think “Where are all these pennies coming from?”

By March of 2015 I had collected dozens of pennies. Then one day I did not find a penny, but a nickel.

Being that I had found that nickel in an unusual location, I added it to my small collection of pennies. The next day I did not find any penny, and so on for a few days. I thought that was odd, and honestly, I felt a little bit lost. Then after a few days of not finding a penny after finding that nickel, I found a penny. 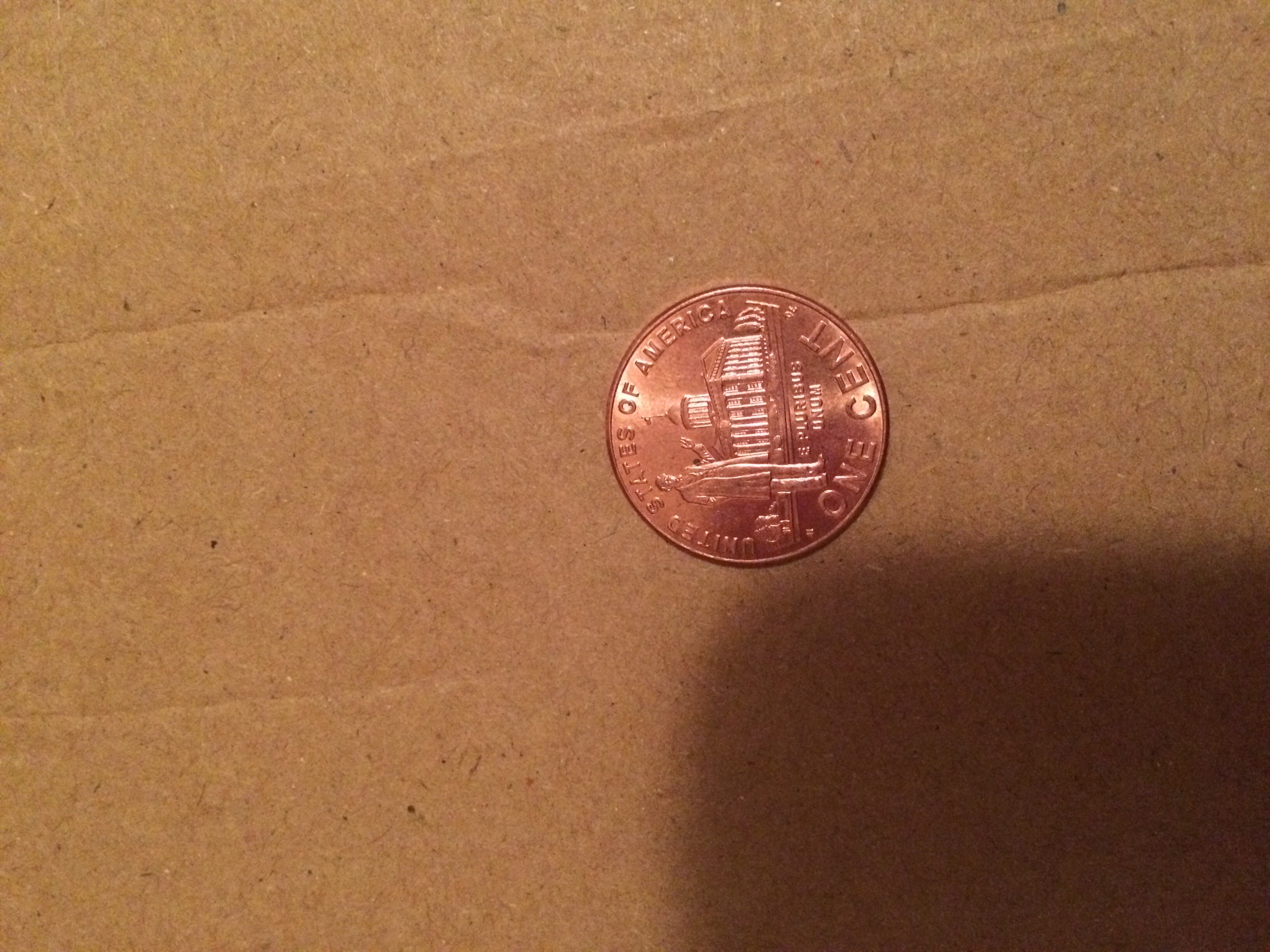 After that, I continued to find pennies almost everyday for about a week, until I found a dime.

After finding that dime, I did not find another penny for over a week. Then, I found a couple of pennies.

By the end of March 2015, I began to think about this phenomenon. I thought about the phrase “Pennies from Heaven”.

Since I have never believed in Heaven, since Heaven makes no sense, I could not figure out exactly what was happening, in regards to finding all these pennies, including the nickel and the dime. Then one day I found a quarter.

Now my mind was working, for I began to see a pattern. The larger denominations were “filling the gaps” of the days I did not find any penny. By this time it was late March, early April, and my collection had grown. When I would find a penny I would keep it in my left front pocket of my pants, separating it from my other change, and when I returned home I added it to my collection of found pennies. Now that I had recognized a pattern, I needed to find out “who” was giving me these mysterious coins. I was certain that there wasn’t a person going around leaving these coins for me to find, for that would make no sense. I narrowed it down to either my dad or my mom.

My dad would spend his weekend mornings teaching math to me, in the form of “times tables”, and he would do this at our kitchen table, after we came back from a “pastry run”.

“Games” magazine was a subscription that was delivered to our home, for my mom. I can remember back when I was little being told to get the mail, and when I opened the mailbox and saw that magazine I would run back to the house with anticipation of reading that magazine. However, it was my mom’s magazine, so I needed to wait until she was done with it. Once I had that magazine in my little clutches I would go to my room and read through it, looking for word problems to solve. Sometimes I would come across one that required her help for me to solve, and even then she would only give me the least amount of help to help me solve it. It wasn’t that she didn’t want to help me, she wanted me to solve it myself, I simply needed direction.

After a week or so of figuring who was sending me those pennies I deducted that it was my mom, and I posted that revelation on my facebook blog, if you remember.

Now, over a year later, I still find those mysterious pennies, nickels, dimes and quarters.

Time for a new cup. I thought about emptying the cup onto the table to see exactly how much, in value, is there, however I do not know if I will be able to fit it all back in there. All that change has been placed in there by simply placing what I find on top, and after all this time the change settled. But I am curious, and since the change is close to overflowing what better reason to find out just how much change is there.

Maybe one of these days I will find out.

Well, Kiddo, the Sandman is here. It is almost 4 AM and Daddio is tired, so I am going to say “goodnight”. Have a great day today, be safe, and I will write to you soon.