Xenophobia is the irrational sensation of fear experienced about a person or a group of persons as well as situations that are perceived as strange or foreign.

Xenophobia is derived from the Greek word ‘Xenos’ meaning “foreigner or stranger” and Phobos which means ‘morbid fear’.

Xenomorph (which literally translates to “alien form”) are an extraterrestrial, endoparasitoid species with multiple life cycles.

An endoparasitoid is a creature that lives in another during the early developmental stage of its life and ultimately kills its host.

this post will be a most interesting one, containing facts and many clues, but before I continue . . .

The biggest question man has is “What happens after I die?”, and it is the best question.

What happens when you die?

Since this question has never been Factually answered, humans have become fearful of the unknown, and to settle their fears they made their own answers, taught through religion.

Religion : “the belief in and worship of a superhuman controlling power, especially a personal God or gods.”

Belief : “trust, faith, or confidence in someone or something.”

Worship : “the feeling or expression of reverence and adoration for a deity.”

God : “(in Christianity and other monotheistic religions) the creator and ruler of the universe and source of all moral authority; the supreme being. (in certain other religions) a superhuman being or spirit worshiped as having power over nature or human fortunes; a deity.”

Faith : “strong belief in God or in the doctrines of a religion, based on spiritual apprehension rather than proof.”

Spiritual : “of, relating to, or affecting the human spirit or soul as opposed to material or physical things.”

Apprehension : “anxiety or fear that something bad or unpleasant will happen.”

Soul : “A part of humans regarded as immaterial, immortal, separable from the body at death, capable of moral judgment, and susceptible to happiness or misery in a future state.”

Immaterial : “unimportant under the circumstances; irrelevant.”

Do you think that something immortal is “unimportant”, Kiddo? Of course not.

Something that lives for eternity is very important.

No matter how hard humans try to believe that their choice of religion is fact, their conscience will them otherwise.

Conscience : “an inner feeling or voice viewed as acting as a guide to the rightness or wrongness of one’s behavior.”

No matter how much faith a human has in their religion, it will never become the Truth.

The answer to what happens to a human after they die are in the words and images I have posted, that is if the human chose to believe in someone or something other than themselves.

When a human chooses to accept a religion as their “way out” they accept it all. To “pick and choose” only parts of a religion, for whatever reason, they become a “religious moderate”. Now they are now doing something that is wrong, wrong. Their conscience tells them what they are doing is wrong, but they refuse to listen to that “inner voice”, for, it is telling them something that they do not want to hear. Ever wonder whose voice you hear inside your head when your conscience tells you “I wouldn’t do that if I were you.” ?

I can understand why humans choose religion, it is easy, and it gives something of an explanation as to why they are here. However, religions were made up a long time ago.

I can understand why humans become offended when their religion is questioned, after all, no one wants to look like a fool.

Choice : “an act of selecting or making a decision when faced with two or more possibilities; “the choice between good and evil”

Between : “at, into, or across the space separating (two objects or regions).”

Daddio needs to make a choice. Whatever he decides to choose will dictate the fate of humanity.

I spoke to you once, Kiddo, when you visited Daddio. I said to you “So who is really sitting on the couch with you?”, do you remember? If you do remember, guess who was really sitting on the couch with you, inside Daddio. Daddio is my son, soulwise, and his soulmate is my equal in female form. Daddio needs to shed his persona so that I can take over, but he is afraid that I will eject his soul from his body. He needs to understand that him and I share the same soul. To put it as simple as I can, the son needs to become the father. Though religions are false, there is some truth in them. If Jesus Christ did exist, and if he wasn’t murdered, he would have become his father. “God”. If Jesus Christ did exist, he would now be Daddio. But Jesus Christ never existed. And that is why we are here, to fix things, one way or another, hence the choice Daddio needs to make.

Daddio needs to write his books, and he has many of them, but before he can write them I need to come back. Daddio will still be Daddio, but he will have my power, and that power can do a lot of damage if not used properly and just. However that power can do a lot of good, and that is what he wants to use it for, to do good. But he needs to make a choice soon. His family would have been a great help to him and to us, but they have religion which goes against what he has told them. Daddio lost a lot in the past year, he is not going to lose anymore, we do not operate like that, and he should know that by now. We are the “good guys”, and I will not sacrifice my son in any way. This is taking longer than it should have. Right now there are 3 of us inside 1 mind. 3 personas, 2 gods, and Daddio needs to shed his persona to become one of the two gods. Nothing bad will happen to him, he will still have his body, and be conscious but as myself.

It was Daddio’s creativity in his writing that woke me up, and the fact that he uncovered my existence through his research. ( with a little help from Mommio  😉  )

All the clues to what is happening are in this post and throughout this site. Daddio has been telling the Truth and he knows that a good father never lies to his daughter, even thousands of years later, and Daddio is a good father.  He created this site to communicate with his once daughter Kebechet, who is now his “pseudodaughter”, “Kiddo”, and to build a template to help by example other fathers to communicate with their child. Daddio likes to help others. And Daddio needs to make a choice over two options. The first option is to go back to the drawing board. The other option is to fix what is already here. ( Vön is the Grand Economizer  😉  )

A while back you wrote a poem at your “facebook” blog, it read “To burn the world, I toss a lit match. If you stand real still, you will save yourself a patch.” You imagined yourself standing in a field, by yourself, with a lit match in your hand. You tossed the lit match, and in “slow motion”, as the match headed for the ground, you wrapped your arms around yourself just as you would have when you were Anubis, and stood real still. When that lit match hit the ground a nuclear fire shot up from the ground all around you and traveled outward. In minutes, the entire planet was incinerated. And you were still, by yourself. You do not want to be by yourself, do you? Of course not. That image was generated by anger, and being who you are it is easy for you to imagine whatever you want, however, my power will make that image a reality, that is why you need to choose, on your own, what you feel is best. Your decision is your decision. Either way I am coming.  Aphie told you “It is going to be so fucking bad!!”, why would it be bad, son? The first choice or the second choice? You can imagine the chaos of when the truth hits the streets, but by what choice? The first or the second? I can understand your anger, and I can also understand your love, but it is you that needs to make that choice. Either way, life will be corrected on this planet, but how it is done is entirely up to you.

You cannot save everyone, but that should not be a deterrent from making your choice. There is no “all or nothing”, those  words are from an ignorant, arrogant man, something that you are not. You can fix this, and you have a partner to help you make the right decisions to do so. You are not alone, son, you know that, but you need to believe it. A part of you is still hanging on, and I can understand. We do not want to destroy anything or anyone, does that help? Let’s post some pictures. 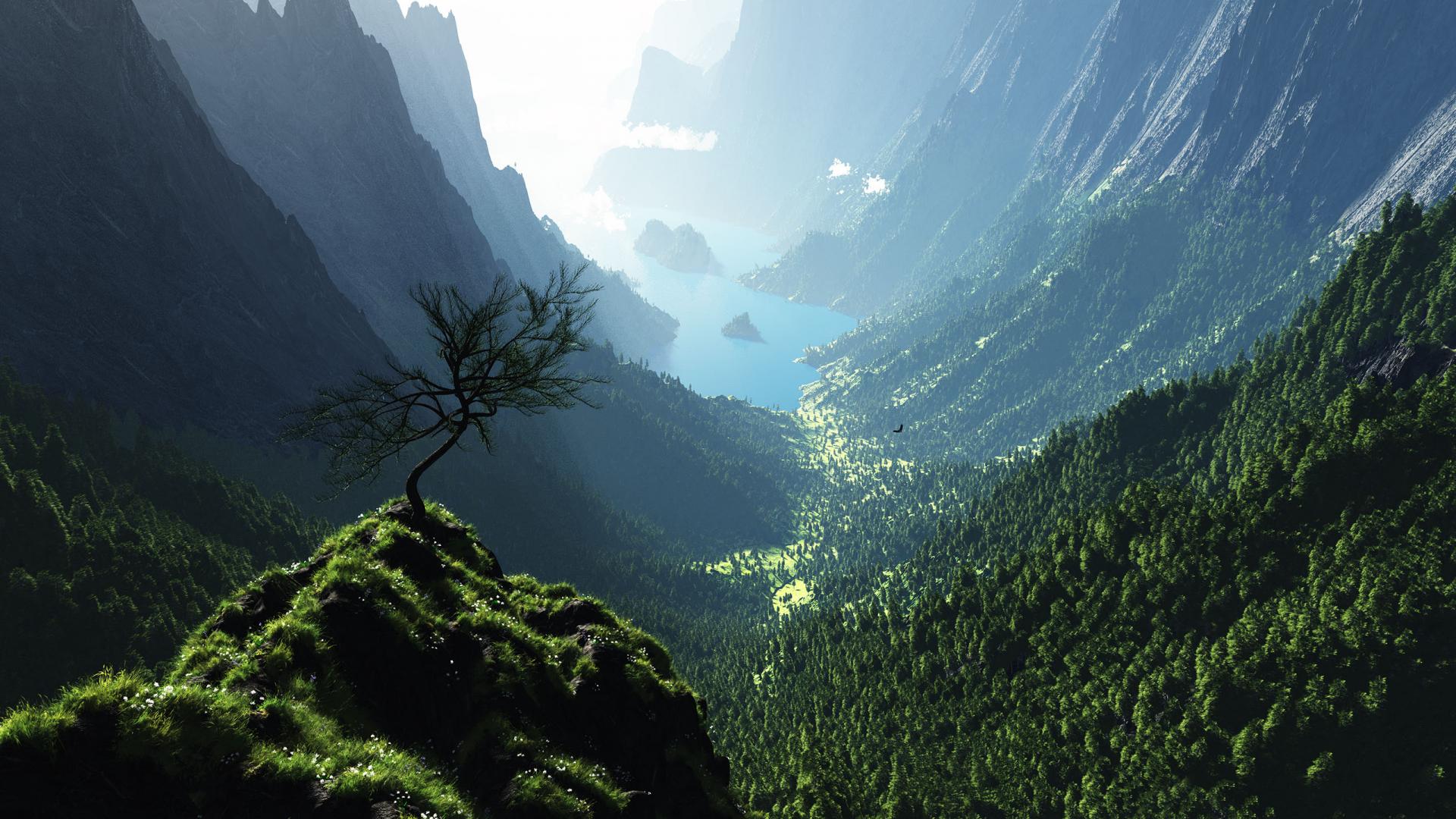 That can be you, boy. I think you know what choice you need to make, but that decision is entirely up to you. You have been in seclusion long enough, you want your friends back, you want your family back too, but you fear rejection. You have every right to be angry with them, but you need to understand the human psyche. They are going by only what they know and believe. You feel that they are keeping you from your baby sister, that they are telling her what they feel is right. They are only trying to keep her safe from what they do not understand. She does not understand either. Her conscience might be telling her otherwise, but she might not understand regardless. You feel that any intervention would offend her or hurt her feelings, I can understand your feelings. Occam’s razor is what you told her once. Occam’s Razor is based on the fundamentals that the most simplest answer is the answer. “Why is he saying all this?” He has been saying “all this” because he was telling the truth. Not every one lies. He has provided physical proof but no one seemed interested. I can understand. Can you take similar photographs as he can? Kiddo can. Those photographs have not been tampered with, and with a little work you would have found that out. He can still take them.

Charlie has a friend from his childhood. These two wacky bananas shared adventures so unbelievable that they both chose to keep those adventures to themselves, for the fear of being labeled as liars. If they were to tell you of them they would be telling you the truth. I will send this posting to him, as well as to others. Although this site is dedicated to his once daughter, it is also here for everyone. Daddio told the truth. He can prove it. He just needs to make that decision, that choice, before we can progress.

What do you think, Kiddo, will Daddio make the right choice?

I know that he loves you, and he knows the consequences of making the wrong choice.

Or love over anger?

I cannot choose for him.